Dr. Kirthi Raju completed her MBBS from Mahatma Gandhi University, Kottayam, India and MD ( Internal Medicine) and DM (Rheumatology) from the Tamilnadu Dr..M.G.R. Medical University, Chennai, India. She further pursued a specialty certificate in Rheumatology, Federation of Royal College of Physicians of The UK and The British Society of Rheumatology, UK. What is Rheumatoid Arthritis?

Arthritis is a blanket term which means inflammation of the joints. Rheumatoid Arthritis, more specifically, refers to an autoimmune disease that is chronic and systemic in nature. An autoimmune disease refers to the body’s immune and natural defense system mistakenly attacking its own healthy tissues. It primarily causes inflammation in the joints and is subsequently linked to premature disability.

The symptoms most commonly associated with rheumatoid arthritis are joint pain, joint swelling and stiffness. The symptoms and their duration can fluctuate, even on a daily basis. Periods where rheumatoid arthritis’ symptoms are experienced are called flare ups, while periods where they do not manifest, or do so to a lesser extent, are referred to as remission. It is pertinent to diagnose and adequately start treating it early, as a failure to do so for long periods of time can lead to disability, erosive joint damage and many forms of impairment which can also affect a person’s cardiovascular and cognitive abilities. On the other hand, early detection of rheumatoid arthritis can prevent long-lasting damage and may lead to remission. Early symptoms can be detected by noticing minimal interferences such as joint pain in smaller joints, unusual fatigue, and minor forms of swelling in the joints, as well as body-stiffness in the morning, which are also common yet ignored symptoms of rheumatoid arthritis.

When to see a doctor for Rheumatoid Arthritis

It is advised that you visit your doctor if you experience the following symptoms:

It is unknown and unclear what causes the immune system to attack the healthy body, although certain factors increase the risk of developing rheumatoid arthritis. A normal immune system protects the body against foreign particles such as bacteria and viruses by identifying the foreign antigens and initiating an immune response. Your body’s cells have their own antigens that the immune system can sometimes mistake as foreign and therefore initiate a response against your cells. An immune response against joint cells characterizes rheumatoid arthritis.

There are certain factors that may affect the prevalence of the disease, such as age, sex, weight and lifestyle.

Rheumatoid arthritis is believed to arise more in women than men, while being elderly also puts you at a much higher risk. Other factors such as obesity and lifestyle habits such as smoking can increase the risk of rheumatoid arthritis as well as have an adverse impact on the disease. Furthermore, certain people such as those with human leukocyte antigen class II genotypes, have a higher genetic disposition to the disease.

Patients with Rheumatoid Arthritis have an increased risk of developing certain conditions:

Rheumatoid arthritis symptoms vary and range from minimal interferences to those that cause excruciating pain. Therefore, the nature of the disease makes it fairly difficult to diagnose, especially in its earlier stages. It is also very important to consult a doctor even when faced with minor symptoms. The diagnosis of rheumatoid arthritis follows a comprehensive assessment and often includes an amalgam of methods to effectively identify the presence of such a disease. However, there is no specific test that can conclusively determine whether one has rheumatoid arthritis and therefore it must be distinguished from other medical conditions which manifest similar symptoms, such as lupus, psoriatic arthritis, lyme disease and osteoarthritis. To do so, rheumatologists often employ different tests and diagnosis methods, including:

There are certain conditions more prevalent in those who have rheumatoid arthritis.

Scans that check for damage or inflammation in the joints may also be used in conjunction to diagnose rheumatoid arthritis. Scans such as X-Rays indicate the disease’s progression in the joints, while ultrasound scans and magnetic resonance imaging scans are also used.

Research shows that effective treatment of symptoms leads to an alleviation of the symptoms and can lead to the condition’s remission. This includes:

The mainstay of treatment for RA are Disease-modifying antirheumatic drugs (DMARDs). These drugs can slow the progression of rheumatoid arthritis and save the joints and other tissues from permanent damage. These drugs can target parts of the immune system that trigger inflammation that causes joint and tissue damage. These types of drugs also increase the risk of infections. Nonsteroidal anti-inflammatory drugs (NSAIDs) are drugs used to alleviate pain and combat the inflammation. Steroids in addition to NSAIDs can be used to reduce joint pain and swelling in the short to medium term. Taken by mouth or as an injection. Can cause weight gain, a rise in blood pressure and blood glucose. Bone thinning can happen if used for longer periods.

Physical therapy for rheumatoid arthritis serves a number of functions, including preventing joint stiffness by promoting flexibility, as well as learning new methods to avoid strains and sprains.

Advances in treatment for rheumatoid arthritis (RA) during the past 2 decades have resulted in dramatic improvements in quality of life for these patients. The development of biologic therapies targeting molecules involved in the pathogenesis of RA has led to significant improvements in the signs and symptoms of disease in as many as 60% to 70% of patients and resulted in remission in 10% to 50% of patients. When the patient with rheumatoid arthritis develops joint deformities that are unresponsive to medical management, orthopedic intervention is often necessary. Less often painful deformities often persist and even progress after a thoroughly optimized trial of medical management. Surgery to alleviate pain, provide stability, end the progression of deformity, and improve cosmesis then becomes the treatment of choice. Some examples of such surgeries include Synovectomy, Joint Fusion, Joint Replacement and Tendon Repair.

While it is important to see a doctor and follow their guidance pertaining to rheumatoid arthritis, there are certain home remedies that can be used in conjunction to manage the symptoms, including:

Simple lifestyle changes can reduce the risk of developing rheumatoid arthritis. These changes reduce inflammation in the body and help maintain healthy bones. They include:

For more information on the diagnosis and treatment of rheumatoid arthritis, get in touch with us.

Meet our doctors from the Rheumatology department 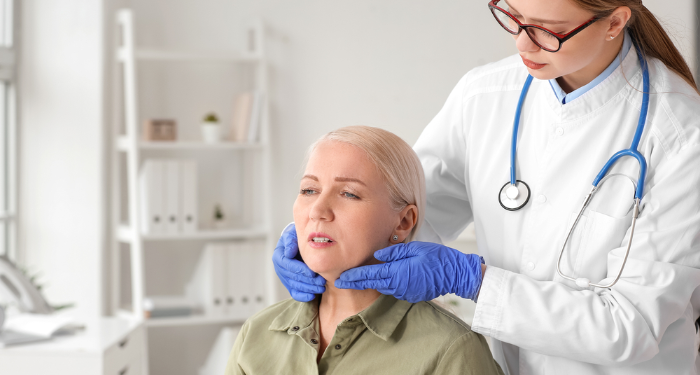