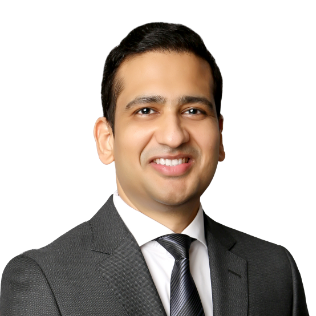 Dr. Rahul Chaudhary is a cosmetology specialist with a Masters Degree in Dermatology, Venereology & Leprosy from the Banaras Hindu University, India. What is a Sexually Transmitted Disease (STD)?

A sexually transmitted disease, or simply STD, is a disease that is usually contracted through sexual activity. Even though women are more at risk of getting an STD, STD in men is common. STD symptoms may vary according to the disease. Even though such a disease may cause significant physical & mental discomfort, STD treatment is fairly simple if you catch the signs early.

STD symptoms may not appear immediately after the disease first settles in or may not appear at all. The average time before the onset of the signs of STD in men is approximately 20 days or earlier.

The first symptom of an STD is usually a sore at the site of infection. This might be followed by:

STD symptoms may not be limited to your pubic region. Common manifestations, depending on the particular disease, are:

When to visit a doctor for STD?

Ideally, you should visit your doctor as soon as you notice irritated skin, sores, or anything out of the norm.

Causes of STD in men

Some STDs may be introduced into your system via non-sexual modes, such as sharing needles with someone who might be harboring an STD or contact with used towels, clothes, or toilet seats.

Types of STD in men

Some common STDs in men are:

Chlamydia is one of the most common bacterial infections responsible for STD. Most men experience symptoms within 1-3 weeks of infection, or rarely after months. Others may experience no symptoms at all. It rarely becomes serious enough to cause complications, & the symptoms of this STD are usually limited to pain & fever. You might notice a cloudy, watery discharge from your penis.

Gonorrhea is also a bacterial infection that usually manifests within a week to a month of contact. Common symptoms include pain while urinating, swelling of the foreskin, & discharge that could be white, yellow, or green in color.

Trichomoniasis rarely causes symptoms in most men. However, symptoms of this STD may appear within a week or at maximum, a month. You might feel pain during urination or ejaculation, swelling or redness, or a thin, white discharge.

Hepatitis is caused by a variety of viral strains. While both types can be STDs, Hepatitis A is also transmitted through food or water contaminated with feces, whereas Hepatitis B is most contracted through blood-to-blood contact. Hepatitis B may show no symptoms, but Hepatitis A can present in around 4 weeks of infection with abdominal (liver) pain, nausea, vomiting, fatigue, fever, & unusually dark urine.

Nearly 40 strains of sexually transmitted HPV have been discovered, making it one of the most common STDs, with two types of risk:

Herpes is an STD caused by a viral infection. It might take approximately 2-4 weeks before you become aware of any symptoms. Herpes often results in sores or grouped blisters on the genitals, anus, or mouth. Other symptoms of this STD may include itching & pain in the genitals, swollen lymph nodes in nearby areas, fever, or body ache. Recurrent herpes may cause symptoms of greater intensity.

Syphilis is another STD caused by a bacteria & is only spread through contact with syphilitic sores. The incidence of this STD in men is increasing.

Typically the first symptom of this STD is relatively painless genital sore called ‘chancre’ which may develop after 3 weeks of infection. These may also be present on other parts such as oral cavity, periaral area ,palms or soles of the feet. Chancres can heal on their own within 6 weeks without treatment.

Tertiary syphilis, the most advanced stage, can cause multiple organ damage.

HIV can go unnoticed for as many as 10-15 years. However, within 3 weeks the symptoms of this STD initially present like flu with fever, fatigue, sore throat, diarrhea, night sweats, or joint pain. Rashes or ulcers in the mouth or elsewhere may also appear.

The symptoms can progressively worsen over a long duration to eventually result in Acquired Immunodeficiency Syndrome (AIDS), which is life-threatening.

How are STD tests done?

You can request STD testing if you suspect your partner may have an STD or if you experience any of the symptoms of STD.

The sample is used to detect the presence of the bacteria or virus.

Risk Factors for STD in men

Your chances of having an STD significantly increase due to the following factors:

Complications of STD in men

Without STD treatment, a number of very serious complications could occur. Depending on the cause, untreated STD may lead to:

Treatment of STD in men

STD treatment is fairly simple if you catch the infection early.

Your doctor can prescribe a topical ointment to help heal sores & blisters alongside the medication for STD treatment. It is advised to avoid engaging in any form of sexual activity until STD treatment is complete.

A number of natural substances can help you in STD at home:

You should let your doctor know about using any such remedies. It is best if these are used as complementary rather than as substitutes for treatment.

You can prevent facing the hassles that come with the symptoms of STD & STD treatment if you maintain your personal hygiene & healthy sexual habits. A few tips that can go a long way in keeping you safe are:

We offer a range of services to cater to your health concerns. If you need more information on common causes, signs, types, testing, or treatment, get in touch with us.

Meet our doctors from the Dermatology department